Skip to content
Agriculture Event
KAKORI/LUCKNOW, October 29, 2020: Till now various media groups and journalistic organizations have been writing and serving news of the happenings in the national and international area in the society only , but ICN has made a news for the first time in history in Bahru village of Kakori area of ​​Lucknow.
The village Bahru, the native place of Qamar Mustafa and Najam Mustafa, has suddenly become a beautiful news and is recorded in the book of examples and the local people witnessed directly the execution of the ‘Rural Entrepreneurship Mission’ of ICN Media Group directly. It was a great event when a fisheries system(BIO FLOC) well equipped with the latest international technologies is introduced by ICN to the rural people. 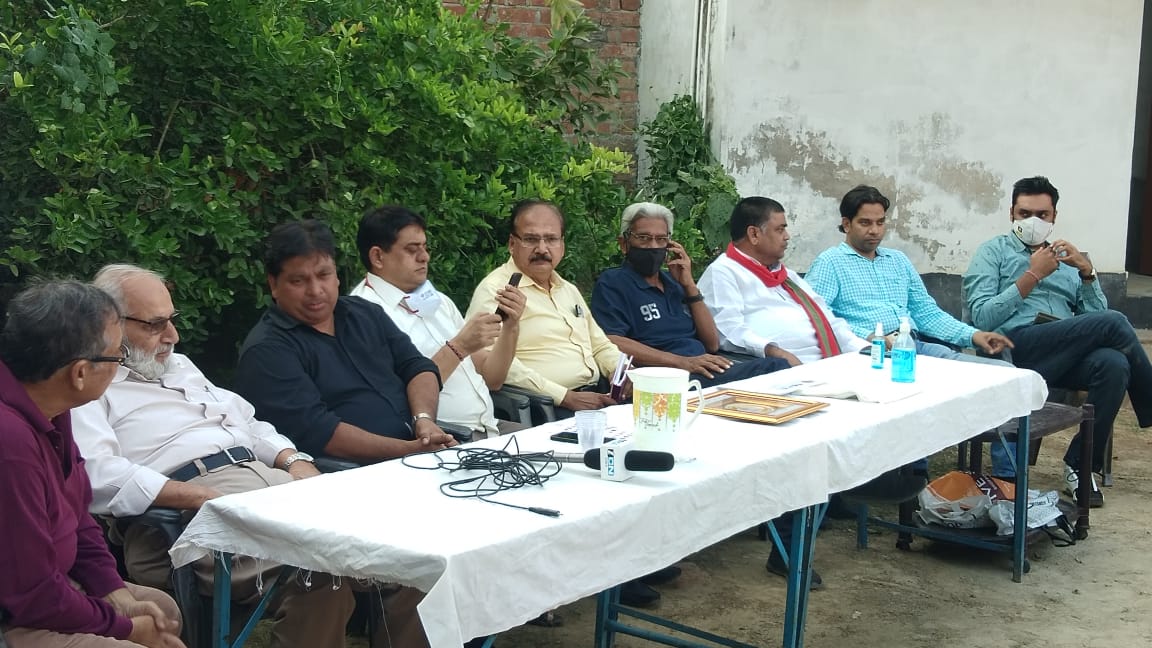 On this occasion, the organizer of the program, Rajiv Saxena, Editor-ICN International, Najam Mustafa, Consulting Editor-ICN and Dr Shah Ayaz Siddiqui Editor-in-Chief ICN World said that only the model of  International rural entrepreneurship can fulfill the dream of global development.

The Earth is ‘green’ that’s why there is life on it. That is why you and we are here. That is why there are dreams, possibilities, and hunger on the earth. Probably the equation of ‘Life’, ‘livelihood’ and ‘possibility’, is the most powerful equation in the world.Dr. Norman Borlaug, as a nutrient for lifelong humanity, explored the equations of vivid possibilities between ‘life’ and ‘livelihood’ and at his death, he left the legacy of green revolution for the world and responsibility for the generation to come to build new bridges between ‘life’ and ‘livelihood’.